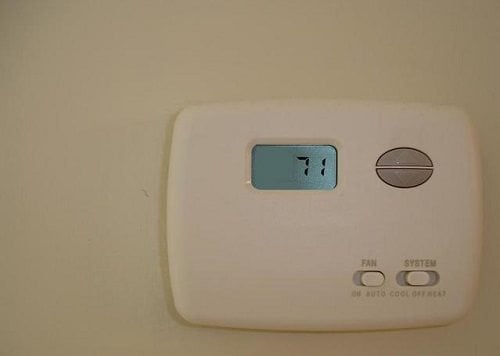 Air conditioning is one of many modern conveniences that makes our day to day lives easier. With the turn of a dial, we can keep our homes cool and comfortable through even the worst heat waves—without costing an arm and a leg. But even with the near ubiquity of air conditioning in residential and commercial spaces, few know the details of its long and interesting history. So with summer right around the corner, let’s take the time to look back at the history of air conditioning.

The world’s earliest “air conditioning” appeared in ancient societies like Egypt, Rome, and Persia. In Rome, cool water was circulated through the walls of a home to lower the temperature inside. Similarly, in Egypt, reeds were hung from open windows and dampened with water to cool the air with evaporation. These techniques were difficult and expensive to maintain, and as a result, they were only available to the wealthy.

Over the centuries, different cultures came up with new and ingenious ways of cooling their homes. Between the 2nd and the 13th century in China, wealthy families used rotary fans powered by manual turning or water. In England, inventors used early compressors to create ice and control the temperatures of buildings, but these new technologies failed to make their way to widespread use.

The Turn of the Century

Things changed in 1902, however, when electrical air conditioning was invented by Willis Carrier (a name you may recognize from Carrier HVAC systems). Unlike early models, his invention controlled both temperature and humidity by running air through coils filled with cold water. Initially used to cool a printing press, Carrier’s air conditioning system was eventually adapted for use in private homes in 1914.

Soon after that, things began to fall into place for modern air conditioners. Refrigerant was invented in 1928, and ductwork was added to the first home in 1933. By the 1930s, this new technology began to appear in movie theaters, department stores, and office buildings. With most homes not having ductwork, it took longer for air conditioning systems to appear in private homes. In fact, in 1965, only 10% of homes were air conditioned.

By now, air conditioning is almost universally used in stores, business, and private homes. A 2009 Residential Energy Consumption Survey found that 89% of single family homes have air conditioning, compared to 68% in 1993. Even in modern times, we’re continuing to make advancements in this field. Refrigerant was recently updated to be safer and more environmentally-friendly, and HVAC units get more energy efficient with each passing year.

It’s easy to take this modern technology for granted, but our convenient air conditioning systems have actually been thousands of years in the making. It wasn’t always so easy to keep cool in the summer months, but with modern, affordable air conditioners, cool air comes with just the touch of a button.